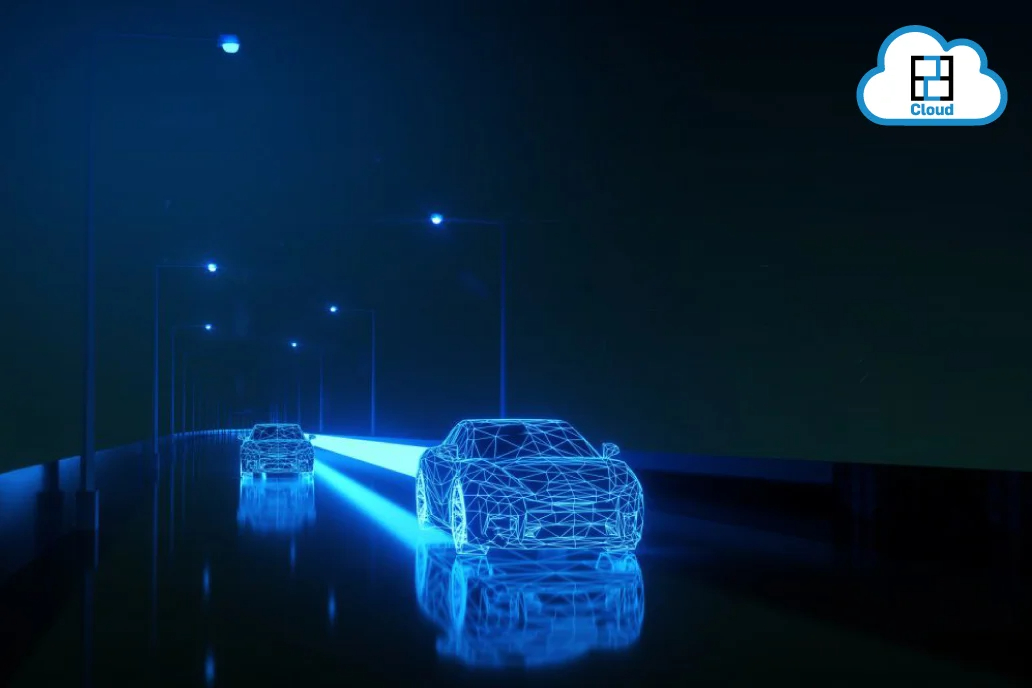 The evolution of GPU architecture has the journey started from a specific single-core fixed-function hardware pipeline implementation for graphics to a set of fully programmable and highly parallel cores for general-purpose computation.

Even though GPU had the sole purpose of graphics, it is now evolved into accuracy, computing, and performance. A graphics pipeline has stages of abstract model combination via a GPU core (hardware) and central processing unit (CPU) package (software). This has helped in accelerating GPU computing technology adoption with the possibilities for high-speed computation. Present setups in the organisation from computers desktops, laptops, to mobile handsets and supercomputers have GPUs inbuilt.

Computation is the future and GPU is the future of computation! The PC market has three major GPU vendors: Intel, AMD and NVIDIA. Among the three, Intel is the largest vendor in the integrated and low-performance market; whereas AMD and NVIDIA are dominant for high-performance discrete graphics demands. Among these vendors, NVIDIA is predominant in academic as well as industrial environments.

Please click to signup & free trial – https://bit.ly/3k3Eet1 You will find some of the GPU Compute plans such as A100, RTX 8000, V100, T4 etc provided by E2E Networks that customers can opt for their business models. 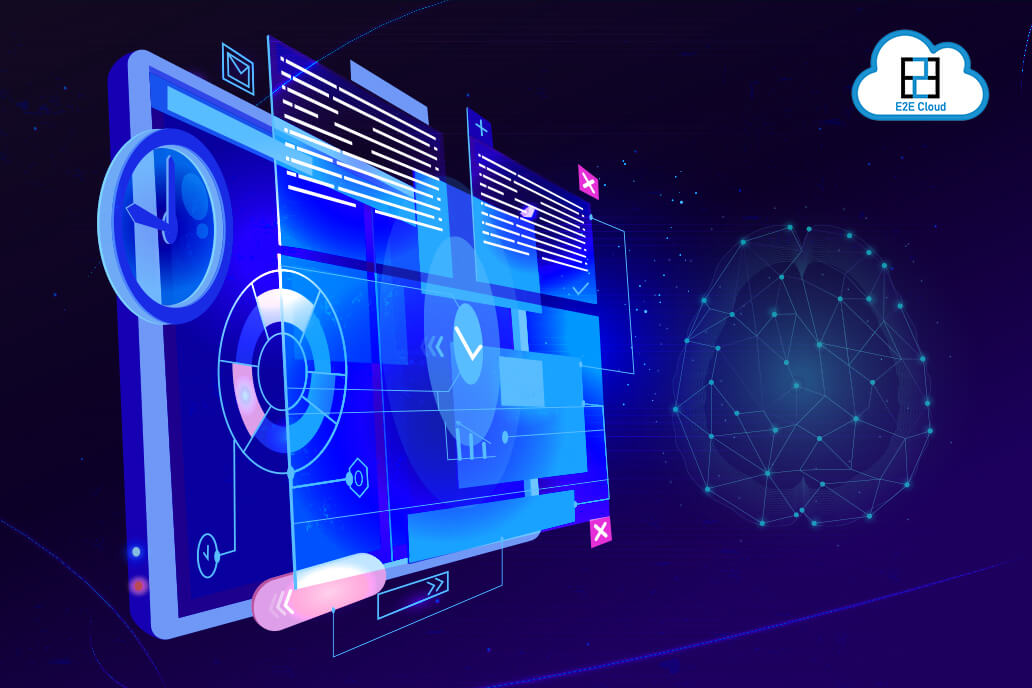 Managing a project properly is one of the factors behind its completion and subsequent success. The same can be said for any artificial intelligence (AI)/machine learning (ML)/deep learning (DL) project. Moreover, efficient management in this segment holds even more prominence as it requires continuous testing before delivering the final product.

An efficient project manager will ensure that there is ample time from the concept to the final product so that a client’s requirements are met without any delays and issues.

How is Project Management Done For AI, ML or DL Projects?

As already established, efficient project management is of great importance in AI/ML/DL projects. So, if you are planning to move into this field as a professional, here are some tips –

The first step toward managing an AI project is the identification of the problem. What are we trying to solve or what outcome do we desire? AI is a means to receive the outcome that we desire. Multiple solutions are chosen on which AI solutions are built.

After the problem has been identified, then testing the solution is done. We try to find out whether we have chosen the right solution for the problem. At this stage, we can ideally understand how to begin with an artificial intelligence or machine learning or deep learning project. We also need to understand whether customers will pay for this solution to the problem.

AI and ML engineers test this problem-solution fit through various techniques such as the traditional lean approach or the product design sprint. These techniques help us by analysing the solution within the deadline easily.

If you have a stable customer base for your AI, ML or DL solutions, then begin the project by collecting data and managing it. We begin by segregating the available data into unstructured and structured forms. It is easy to do the division of data in small and medium companies. It is because the amount of data is less. However, other players who own big businesses have large amounts of data to work on. Data engineers use all the tools and techniques to organise and clean up the data.

To keep the blog simple, we will try not to mention the technical side of AI algorithms in the content here. There are different types of algorithms which depend on the type of machine learning technique we employ. If it is the supervised learning model, then the classification helps us in labelling the project and the regression helps us predict the quantity. A data engineer can choose from any of the popular algorithms like the Naïve Bayes classification or the random forest algorithm. If the unsupervised learning model is used, then clustering algorithms are used.

For training algorithms, one needs to use various AI techniques, which are done through software developed by programmers. While most of the job is done in Python, nowadays, JavaScript, Java, C++ and Julia are also used. So, a developmental team is set up at this stage. These developers make a minimum threshold that is able to generate the necessary statistics to train the algorithm.

After the project is completed, then we come to its deployment. It can either be deployed on a local server or the Cloud. So, data engineers see if the local GPU or the Cloud GPU are in order. And, then they deploy the code along with the required dashboard to view the analytics.

To sum it up, this is a generic overview of how a project management system should work for AI/ML/DL projects. However, a point to keep in mind here is that this is not a universal process. The particulars will alter according to a specific project. 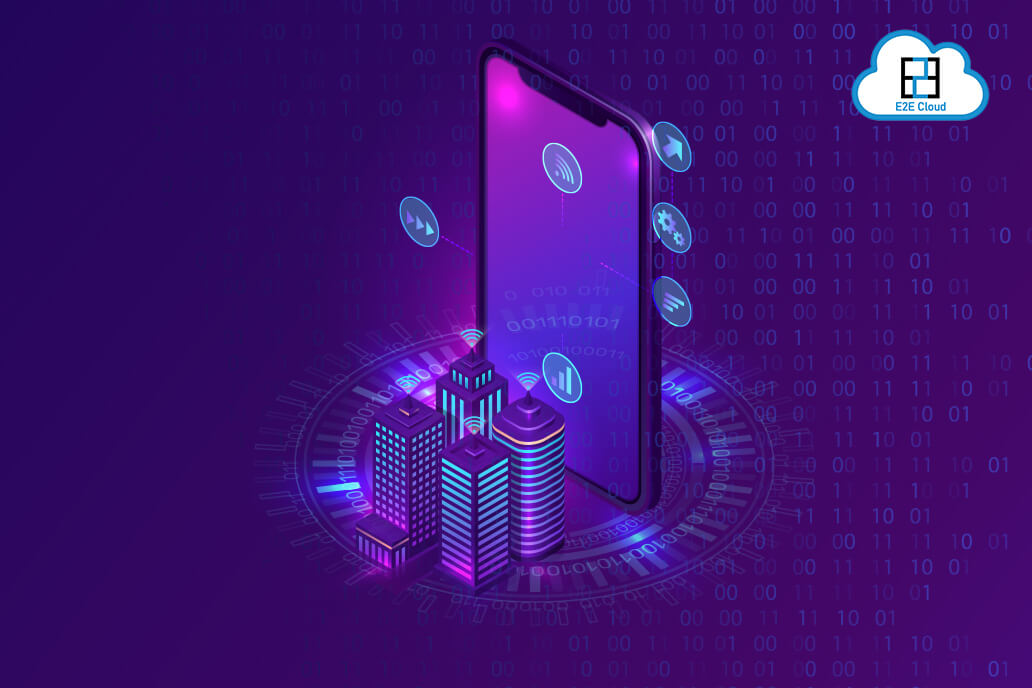 With the multiple technological advancements witnessed by India as a country in the last few years, deep learning, machine learning and artificial intelligence have come across as futuristic technologies that will lead to the improved management of data hungry workloads.

The availability of artificial intelligence and machine learning in almost all industries today, including the telecom industry in India, has helped change the way of operational management for many existing businesses and startups that are the exclusive service providers in India.

With 5G being the top priority for the majority of companies in the telecom industry in India, the importance of providing network affordability for everyone around the country has become the sole mission. Technologies like artificial intelligence and machine learning are the key digital transformation techniques that can change the way networks rotates in the country. The top startups include the following:

Founded in 2021, Wiom is a telecom startup using various technologies like deep learning and artificial intelligence to create a blockchain-based working model for internet delivery. It is an affordable scalable model that might incorporate GPU cloud servers in the future when data flow increases.

As one of the companies that are strongly driven by data and unique state-of-the-art solutions for revenue generation and cost optimization, TechVantage is a startup in the telecom industry that betters the user experiences for leading telecom heroes with improved media generation and reach, using GPU cloud online.

As one of the strongest performers is the customer analytics solutions, Manthan is a supporting startup in India in the telecom industry. It is an almost business assistant that can help with leveraging deep analytics for improved efficiency. For denser database management, NVIDIA A100 80 GB is one of their top choices.

Just as NVIDIA is known as a top GPU cloud provider, NetraDyne can be named as a telecom startup, even if not directly. It aims to use artificial intelligence and machine learning to increase road safety which is also a key concern for the telecom providers, for their field team. It assists with fleet management.

This AI- and ML-driven startup is all set to combine various technologies to provide improved technology solutions for all devices and platforms. At present, they do not use any available cloud GPU servers but expect to experiment with GPU cloud computing in the future when data inflow increases.

Actively known to resolve customer communication, it is also considered to be a startup in the telecom industry as it facilitates better communication among customers for increased engagement and satisfaction.

An AI startup in Chennai, Facilio is a facility operation and maintenance solution that aims to improve the machine efficiency needed for network tower management, buildings, machines, etc.

In conclusion, the telecom industry in India is actively looking to improve the services provided to customers to ensure maximum customer satisfaction. From top-class networking solutions to better management of increasing databases using GPU cloud or other GPU online services to manage data hungry workloads efficiently, AI and MI-enabled solutions have taken the telecom industry by storm. Moreover, with the introduction of artificial intelligence and machine learning in this industry, the scope of innovation and improvement is higher than ever before. 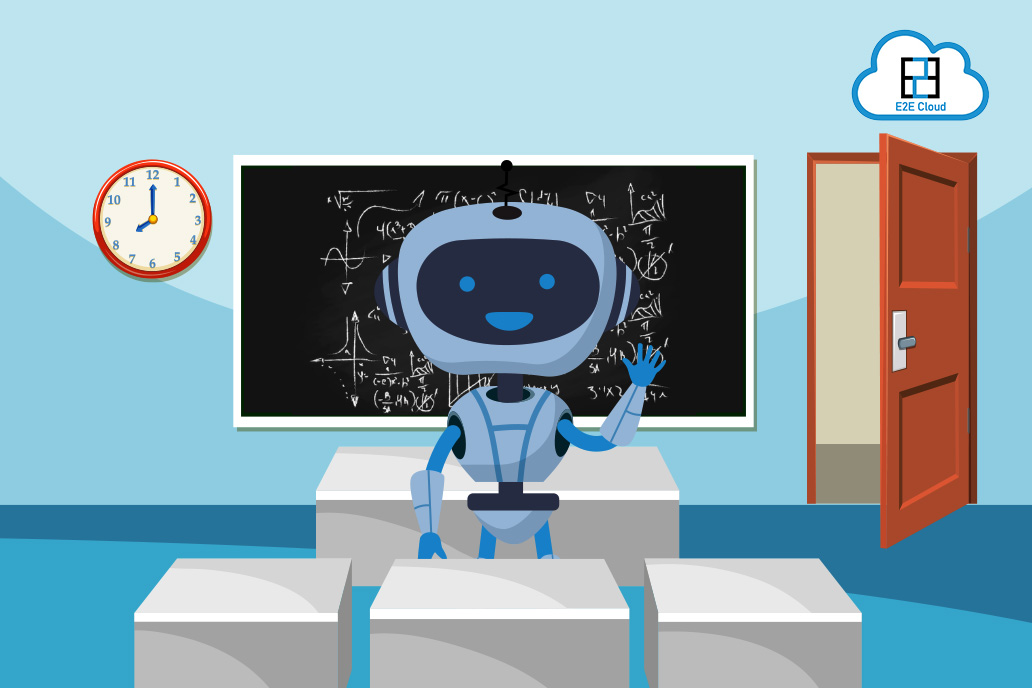 The evolution of the global education system is an interesting thing to watch. The way this whole sector has transformed in the past decade can make a great case study on how modern technology like artificial intelligence (AI) makes a tangible difference in human life.

In this evolution, edtech startups have played a pivotal role. And, in this write-up, you will get a chance to learn about some of them. So, read on to explore more.

Miko started its operations in 2015 in Mumbai, Maharashtra. Miko has made a companion for children. This companion is a bot which is powered by AI technology. The bot is able to perform an array of functions like talking, responding, educating, providing entertainment, and also understanding a child’s requirements. Additionally, the bot can answer what the child asks. It can also carry out a guided discussion for clarifying any topic to the child. Miko bots are integrated with a companion app which allows parents to control them through their Android and iOS devices.

iNurture was founded in 2005 in Bengaluru, Karnataka. It provides universities assistance with job-oriented UG and PG courses. It offers courses in IT, innovation, marketing leadership, business analytics, financial services, design and new media, and design. One of its popular products is KRACKiN. It is an AI-powered platform which engages students and provides employment with career guidance.

Verzeo started its operations in 2018 in Bengaluru, Karnataka. It is a platform based on AI and ML. It provides academic programmes involving multi-disciplinary learning that can later culminate in getting an internship. These programmes are in subjects like artificial intelligence, machine learning, digital marketing and robotics.

EnglishEdge was founded in Noida in 2012. EnglishEdge provides courses driven by AI for getting skilled in English. There are several programmes to polish your English skills through courses provided online like professional edge, conversation edge, grammar edge and professional edge. There is also a portable lab for schools using smart classes for teaching the language.

CollPoll was founded in 2013 in Bengaluru, Karnataka. The platform is mobile- and web-based. CollPoll helps in managing educational institutions. It helps in the management of admission, curriculum, timetable, placement, fees and other features. College or university administrators, faculty and students can share opinions, ideas and information on a central server from their Android and iOS phones.

Thinkster was founded in 2010 in Bengaluru, Karnataka. Thinkster is a program for learning mathematics and it is based on AI. The program is specifically focused on teaching mathematics to K-12 students. Students get a personalised experience as classes are conducted in a one-on-one session with the tutors of mathematics. Teachers can give scores for daily worksheets along with personalised comments for the improvement of students. The platform uses AI to analyse students’ performance. You can access the app through Android and iOS devices.

ByteLearn was founded in Noida in 2020. ByteLean is an assistant driven by artificial intelligence which helps mathematics teachers and other coaches to tutor students on its platform. It provides students attention in one-on-one sessions. ByteLearn also helps students with personalised practice sessions.