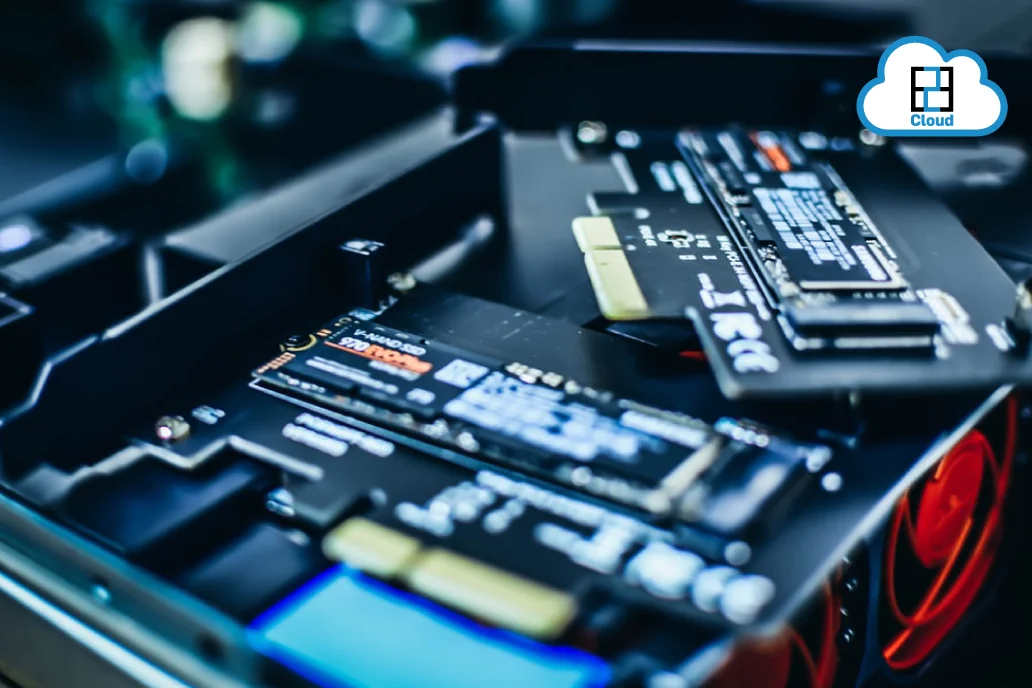 One of the most significant abilities of computers is that they enable us to store a humongous amount of data with reliability. We once started with punch cards and have come a long way since then.

Almost everyone with a computer is today acquainted with hard disk drives (HDD), and their somewhat less popular alternative, solid state drives (SSD). In this article, we will understand HDDs, SSDs, and NVMe SSDs in more detail. We will also discuss what sets one apart from the other.

Hard Disk Drives or HDDs are traditional storage devices used in personal computers. These use an electromechanical approach to data storage and retrieval. There are multiple spinning magnetic disks for this purpose.

What are normal SSDs?

Solid State Drives or SSDs are a type of storage device that stores data on flash memory. They are somewhat more sophisticated than HDDs as they do not have any moving parts.
When someone refers to an SSD, they generally mean a SATA SSD. SATA stands for Serial Advanced Technology Attachment and currently is the market standard for connecting computers to SSDs. The interface was, however, developed for HDDs, and even though SSDs are compatible with it, it is not the best they can do.

What is an NVMe SSD?

NVMe stands for Non-Volatile Memory Express. An NVMe SSD is a solid state drive that uses an M.2 form factor to connect to the motherboard, instead of a cable. Additionally, they use PCIe (Peripheral Component Interconnect Express) interface, which provides a much more efficient way to transfer data.

One can compare the three storage options based on the following parameters:

As HDDs involve mechanical involvement, their performance gets limited by the mechanical limitations of the moving parts. An SSD is easily able to outperform a 7200rpm HDD.

HDDs provide a Read/Write speed up to 150 mbps, while SDDs can take it up to 500 mbps. As NVMe SSDs attach directly to the high-performance PCIe interface, they can outperform even the SSDs by a substantial margin. Read/Write speeds can reach up to an average of 3500 mbps.

In terms of input/output operations, HDDs lag by a large margin. HDDs can handle up to 100 I/O operations per second (IOPS). SDDs can deal with a lot more, going up to 100,000 IOPS, while NVMe SDDs can outperform them as well by a factor of 5.

HDDs score better than SATA SSDs and NVMe SSDs in terms of affordability. The cost per gigabyte is significantly lower. Similarly, SATA SSDs are cheaper than high-performing NVMe SSDs. The price of a 1 TB HDD is comparable to the cost of a 500GB SATA SSD and a 250GB NVMe SSD.

HDDs are reliable enough for an average PC user, as the mean time between failures (MTBF) is around 50,000 hours. But due to their non-mechanical operations and low rate of wear and tear, SSDs and NVMe SSDs are much more reliable, with MTBFs of about 1.5 million hours.

NVMe is a clear winner when it comes to power efficiency. With a few NVMe manufacturers shifting to L1.2 power consumption standby mode, the power efficiency gets boosted by a factor of about 25.

SSDs have been around for a very long time now, and thus find wide application in personal computers. The interface was developed with HDDs in mind, but SATA SSDs are compatible as well. So, while both HDDs and SSDs find widespread hardware support, NVMe SSDs still lack hardware compatibility with day-to-day PCs. As mentioned above, they need an M.2 port to attach to the computer, which is not as common as the SATA interface.

HDDs are slow but can store a large amount of data for a lower cost. SSDs are faster but expensive. For computer users with no extensive performance demands, HDDs can do a satisfactory job.

But if the usage transcends the normal usage and ventures into high demanding tasks like video games, video editing, and software development, SSDs have a clear edge in terms of performance. NVMe SSDs are more suitable when there is a constant transfer of a large amount of data from one space to another. Only in that scenario, the actual capabilities of an NVMe SSD find application to the fullest.

Storage technology is advancing every day, successfully crossing performance benchmarks unheard of in the past. Even though the new technology is faster and much more efficient, the choice of one over the other involves a clear understanding of your requirements. While NVMe SSDs are very fast, they are not beneficial for those who do not need their heavy-lifting.