NVIDIA DGX A100
THE UNIVERSAL SYSTEM FOR AI INFRASTRUCTURE

The Challenge of Scaling Enterprise AI

Every business needs to transform using artificial intelligence (AI), not only to survive, but to thrive in challenging times. However, the enterprise requires a platform for AI infrastructure that improves upon traditional approaches, which historically involved slow compute architectures that were siloed by analytics, training, and inference workloads. The old approach created complexity, drove up costs, constrained speed of scale, and was not ready for modern AI. Enterprises, developers, data scientists, and researchers need a new platform that unifies all AI workloads, simplifying infrastructure and accelerating ROI.

The Universal System for Every AI Workload

NVIDIA DGX™ A100 is the universal system for all AI workloads—from analytics to training to inference. DGX A100 sets a new bar for compute density, packing 5 petaFLOPS of AI performance into a 6U form factor, replacing legacy compute infrastructure with a single, unified system. DGX A100 also offers the unprecedented ability to deliver fine-grained allocation of computing power, using the Multi-Instance GPU capability in the NVIDIA A100 Tensor Core GPU, which enables administrators to assign resources that are right-sized for specific workloads. This ensures that the largest and most complex jobs are supported, along with the simplest and smallest. Running the DGX software stack with optimized software from NGC, the combination of dense compute power and complete workload flexibility make DGX A100 an ideal choice for both single node deployments and large scale Slurm and Kubernetes clusters deployed with NVIDIA DeepOps.

NVIDIA DGX A100 is more than a server, it’s a complete hardware and software platform built upon the knowledge gained from the world’s largest DGX proving ground—NVIDIA DGX SATURNV—and backed by thousands of DGXperts at NVIDIA. DGXperts are AI-fluent practitioners who offer prescriptive guidance and design expertise to help fastrack AI transformation. They've built a wealth of know how and experience over the last decade to help maximize the value of your DGX investment. DGXperts help ensure that critical applications get up and running quickly, and stay running smoothly, for dramatically-improved time to insights.

NVIDIA DGX A100 features eight NVIDIA A100 Tensor Core GPUs, providing users with unmatched acceleration, and is fully optimized for NVIDIA CUDA-X™ software and the end-to-end NVIDIA data center solution stack. NVIDIA A100 GPUs bring a new precision, TF32, which works just like FP32 while providing 20X higher FLOPS for AI vs. the previous generation, and best of all, no code changes are required to get this speedup. And when using NVIDIA’s automatic mixed precision, A100 offers an additional 2X boost to performance with just one additional line of code using FP16 precision. The A100 GPU also has a class-leading 1.6 terabytes per second (TB/s) of memory bandwidth, a greater than 70% increase over the last generation. Additionally, the A100 GPU has significantly more on-chip memory, including a 40MB Level 2 cache that is nearly 7X larger than the previous generation, maximizing compute performance. DGX A100 also debuts the next generation of NVIDIA NVLink™, which doubles the GPU-to-GPU direct bandwidth to 600 gigabytes per second (GB/s), almost 10X higher than PCIe Gen 4, and a new NVIDIA NVSwitch that is 2X faster than the last generation. This unprecedented power delivers the fastest time-to-solution, allowing users to tackle challenges that weren't possible or practical before.

The World’s Most Secure AI System for Enterprise

NVIDIA DGX A100 delivers the most robust security posture for your AI enterprise, with a multi-layered approach that secures all major hardware and software components. Stretching across the baseboard management controller (BMC), CPU board, GPU board, self-encrypted drives, and secure boot, DGX A100 has security built in, allowing IT to focus on operationalizing AI rather than spending time on threat assessment and mitigation.

With the fastest I/O architecture of any DGX system, NVIDIA DGX A100 is the foundational building block for large AI clusters like NVIDIA DGX SuperPOD™, the enterprise blueprint for scalable AI infrastructure. DGX A100 features eight single-port Mellanox ConnectX-6 VPI HDR InfiniBand adapters for clustering and 1 dualport ConnectX-6 VPI Ethernet adapter for storage and networking, all capable of 200Gb/s. The combination of massive GPU-accelerated compute with state-of-the-art networking hardware and software optimizations means DGX A100 can scale to hundreds or thousands of nodes to meet the biggest challenges, such as conversational AI and large scale image classification.

In combination with leading storage and networking technology providers, we offer a portfolio of infrastructure solutions that incorporate the best of the NVIDIA DGX POD™ reference architecture. Delivered as fully integrated, ready-to-deploy offerings through our NVIDIA Partner Network, these solutions make data center AI deployments simpler and faster for IT.

Machine Learning- The Future for GPU’s

The advent of AI and ML have shaken up the whole technological space by virtue of the potential they hold for each and every industry.

Read More
Artificial Intelligence For All

What Our Customers Say

For over a decade, we have delighted our customers with stellar infrastructure and support.

“We have been using Kubernetes cluster on E2E Cloud and are reasonably satisfied with its performance. We were able to reduce our costs by 40% after migrating from Azure. My big thanks to the E2E Cloud team for launching a Cloud and helping Indian startups in reducing their cloud costs.” 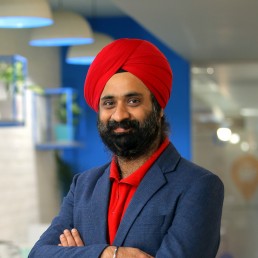 “We have been using Kubernetes cluster on E2E Cloud and are reasonably satisfied with its performance. We were able to reduce our costs by 40% after migrating from Azure. My big thanks to the E2E Cloud team for launching a Cloud and helping Indian startups in reducing their cloud costs.”

“We at CamCom are using E2E GPU servers for a while now and the price-performance is the best in the Indian market. We also have enjoyed a fast turnaround from the support and sales team always. I highly recommend the E2E GPU servers for machine learning, deep learning and Image processing purpose” 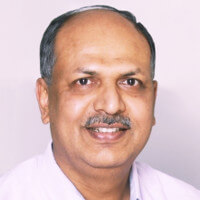 "E2E Cloud is NextGen PaaS / IaaS provider. It is a fully augmented and automated platform that is the best in practice in the current Cloud market. We are using E2E Networks for more than 5 years and are very much satisfied with the deliverables. They have very affordable pricing and are change-maker in the Indian Hosting Industry" 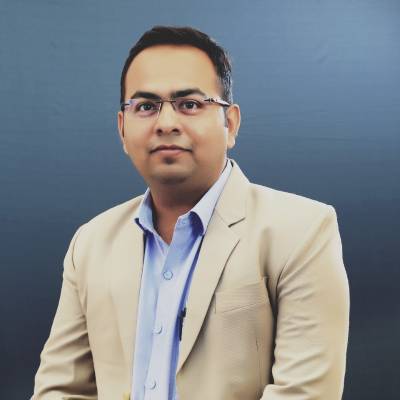 E2E GPU machines are superior in terms of performance and at the same time you end up saving more money compared to AWS and Azure. Not to mention the agility and skilled customer support that comes along. 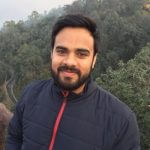 “The customer support that E2E has provided us is beyond exceptional. Their quick response is what makes them stand apart from others and is second to none in the cloud space. We've been using their GPU instances for our Deep Learning workloads for quite a long time. The quality of service is amazing at a competitive price and we strongly recommend E2E. 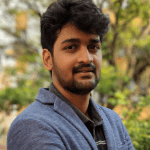 “Congratulations! Thanks for the fast, reliable, and cost-effective solution for my small startup since Mar 2016!” 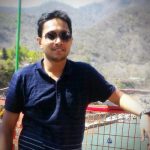 "You guys are doing everything perfectly. I couldn't ask for anything more. Keep it up. Very happy with the service." 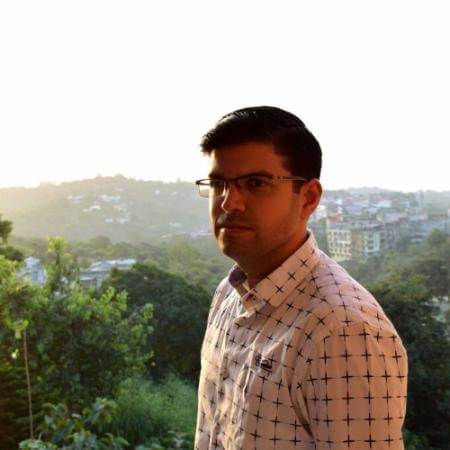 E2E Networks has helped me reach my 1st goal with its cloud platform. They gave us a trial to get used to the service. Happy with their product, will surely recommend others to try it once. Good support so far. 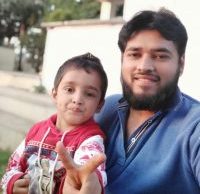 “For most startups, AWS EC2 is unnecessarily costly. Even better, for India get a machine from E2E Networks.” 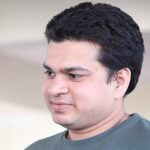 I am very much happy with E2E Networks Pvt. Ltd. I’m using your services for the past year and I have provided E2E with multiple clients. Whoever is looking for servers I strongly recommend E2E Networks. 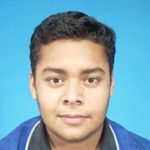 I had a pleasant experience with E2E Network when I purchase the cPanel license plan. They provided the onboarding support when I generated a ticket for the purchase. Everything was delivered swiftly without any problems.

Please reach out to e2e networks if you need any cloud services - their service is awesome, I want to rate 5/5 for their services. 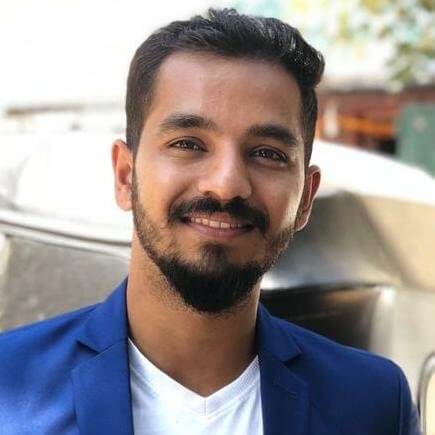 We are using E2E Cloud servers since last 2 years. Very happy with cost-effective and high-performance compute nodes. We were able to reduce our hosting expenses by 40% without compromising on quality, security, and stability. 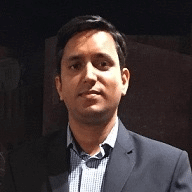 Really good service from E2E Networks. And at very affordable prices. We are satisfied with them. The Cloud console access feature is a very good and very easy user interface. And I am satisfied with the service, features, and High-performance network for data upload/download. 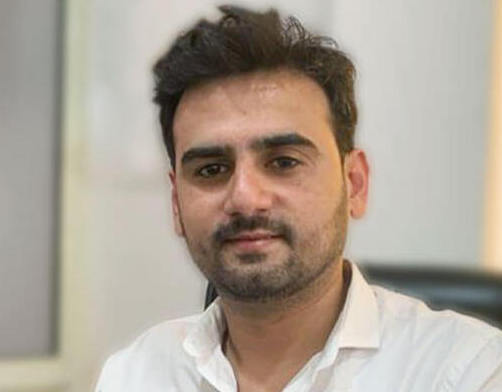 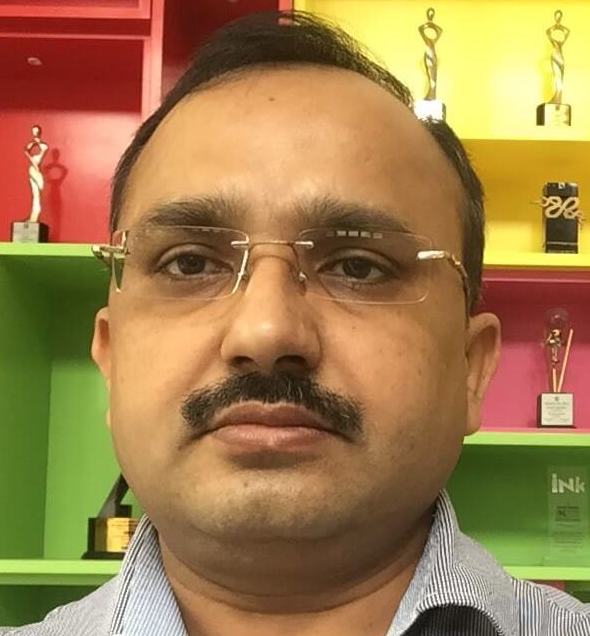 I have been using E2E Cloud for almost a year now. These guys are the most professional of all the cloud providers in India. They have absolutely reliable products and also charge the lowest rate. I would like to recommend it to all who are looking for COST Effective cloud servers. 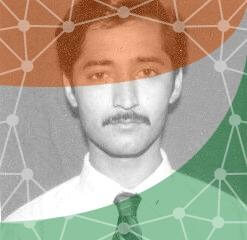 Our experience with E2E has been better than AWS, as our website is performing better, both in terms of latency and uptime. Since, E2E provides plans that are simple to understand, implement and are a complete package, our efforts are concentrated on the development and not on maintaining the infrastructure. 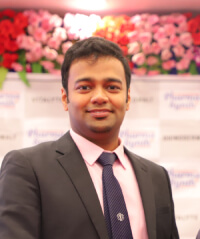 E2E Networks Ltd is an India focused Cloud Computing Company - the first to bring contract-less cloud computing to the Indian startups and SMEs. E2E Networks Cloud was used by many of successfully scaled-up startups like Zomato/Cardekho/Healthkart/Junglee Games/1mg and many more to scale during a significant part of their journey from startup stage to multi-million DAUs ( Daily Active Users). TESLA V100 is the most advanced datacenter GPU ever built. It has NVIDIA Volta architecture and comes with 640 Tensor Cores and 5,120 CUDA Cores. GPU.V100 instances are configured with TESLA V100 with 32 GB onboard graphics memory.

What is NVIDIA T4 GPU?

NVIDIA T4 GPU is based on NVIDIA Turing architecture. It can accelerate diverse workloads, including machine learning, deep learning, data analytics, and many more. GPU.T4 instances are configured with NVIDIA T4 with 16 GB onboard graphics memory.

How is the monthly pricing calculated?

Monthly prices shown are calculated using an assumed usage of 730 hours per month; actual monthly costs may vary based on the number of days in a month.

Do you include Tax in the prices listed on the website?

No price is exclusive of any taxes, all plan pricing is subject to 18% GST rate.

E2E Networks Ltd is an India focused Cloud Computing Company and the first to bring contract-less cloud computing to the Indian startups and SMEs.

Co-founded by veterans Tarun Dua and Mohammed Imran, E2E Networks Cloud was used by many of the successfully scaled-up startups like Zomato/Cardekho/Healthkart/Junglee Games/1mg and many more to scale during a significant part of their journey from startup stage to multi-million DAUs (Daily Active Users).In 2018, E2E Networks Ltd issued its IPO through NSE Emerge and was oversubscribed 70 times!

Will my billing stop if I switch off the server?

No. The billing will continue even if you switch off the server as we cannot provide the same server to any other customer. Only when the server is terminated/ deleted, the billing stops.